Emotion is for losers

Today’s Prompt: Write a post inspired by a real-world conversation.

We don’t write in a bubble — we write in the world, and what we say is influenced by our experiences. Today, take a cue from something you’ve overheard and write a post inspired by a real-life conversation. Revisit a time when you wish you’d spoken up, reminisce about an important conversation that will always stick with you, or tune in to a conversation happening around you right now and write your reaction.

Take time to listen — to what you hear around you, or what your memories stir up.

On a dark and dreary day, I was waiting for a train. The sky was overcast, the kind of weather where it appears to be Autumn, but in actuality is April. The kind of weather that looks like a downpour, but restrains itself to on the verge of a downpour for the rest of the day.

In terms of conversations, it wasn’t much. What got me was what wasn’t said as well as what I heard. Two people, a man and woman. Both had tears in their eyes and on their faces. They were in an embrace, and she turned to him and said, I’ll never forget.” He took his handkerchief and wiped her eyes. She grabbed his hand and wiped the tears on his cheek with the handkerchief. The pull of their feelings for each other was undeniable and I wanted to stay in the presence of their moment as much as they did not want to leave it. It was as if they were writing a story I had to know more about.

I’ve thought of them, since I first bore witness to some kind of powerful, possibly heartbreaking leave-taking. I’ve considered the reasons they were not going to be together.

Various conversations play in my head around the scene I saw.

She: I can’t believe we’ve found each other.

He: They told me the records were sealed. How did you do it?

She: It doesn’t matter I just knew I wanted to meet you after all these years. I thought that we’d never find each other. You are my baby brother.

He: This day will always stay with me. I wish we didn’t live a continent away from each other.

He: If we’d only been able to work out the commute.

She: You know I can’t leave my family, they need me now.

He: wearliy I understand, and support you.

She: I’ll forever hold you in my heart.

He: Words will never express how much you mean to me.

She: I love you

He: We will never be a good fit. You will always be searching for something, always trying to climb the corporate ladder.

She: And you will always be married.

Whoever they are, where ever they are, whatever the circumstances, I’ll never know. They inform my life, when I recall them, because their lives were deep rich, full and complicated like most of ours. Because despite whatever sadness invaded their situation the love seemed to overpower it. Because I don’t know the end of their story, my own story, or many of the stories I get involved in. Because they said so little and yet did not need words to say so much.

why “smart” people maintain that

Days I have posted 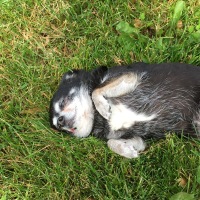 Explore and learn about the Tarot ... and yourself!

Contemplating symbols and spirits and stuff

The Gallery of Magick

whispers of life, scribbles of poetry,spasms of creative non-fiction...

Things I make and holidays we take

Wordsmithing Magic from the Crossroads

O, thou art fairer than the evening air, clad in the beauty of a thousand stars. And also Tarot.

3375fwordpress.wordpress.com/
Potholes in the Road of Life

Often rough and filled with switchbacks, the road this child of God is traveling Home.